A woman who was "forced" into a gang has called on police to stop and search more girls and young women in order to "save them" from being exploited by criminals.

Lucy Martindale said she was threatened by men wanting her to hold weapons when she was a teenager in Brixton, south London, as she went between estates.

Ms Martindale, who is director of anti-knife crime organisation Operation Shutdown, said girls are "inevitably" becoming associated with gangs because "dominant" males are forcing them to hide weapons or contraband to avoid police detection.

She said she was just nine when she saw her cousin stabbed in the head with a screwdriver, which made her realise the severity of gang culture in the borough.

The 29-year-old said she was just one of 10 girls who lived in her block of flats and was often forced to hold on to weapons for older men.

She said there were strong consequences for those who refused"to do as they were told" they were "knocked out, head-butted and violently attacked".

There is little data on girls and women associated or involved in gangs but Ms Martindale believes lack of funding, reduced community police and youth services is to blame.

It also urged the Mayor's Office for Policing and Crime (MOPAC) to work with specialist organisations to train police officers and social workers to better identify victims.

Through Freedom of Information requests Ms Eshalomi sent to all London councils, data showed that 1,049 women and girls were at risk of gang association - as identified and assessed by their children's services department.

Ms Martindale says she believes stop and search could be a solution in tackling the wide gap in tracking females associated or involved in gangs.

"I lived in a notorious estate in Brixton and I went from estate to estate and boys would say to me - if they see a police van patrolling the area - 'here hold this because they are not going to stop you - they will stop us'.

"I think stop and search could save them (females). Yes, you're always going to get criticism if things are not carried out in the right way and there's discrimination, but if it's done right, no-one can complain.

She added adult women are vulnerable too and she has spoken with mothers "forced to hide guns under their pillows and drugs in their kitchens".

"My ex-partner tried to kill me. I lost everything trying to run away from him... I'm seeing a lot of young girls who fear for their lives but are so scared because they think if they tell the police, the boys are going to be arrested, eventually released and they're gonna come and kill them for reporting".

The most recent publication of the Gangs Matrix consisted of six women and girls compared to the 2,546 men and boys.

The list is an intelligence tool used to identify and risk assess gang members across London as well as victims and those at risk of attacks.

The Met Police said the aim of the matrix is to highlight possible gaps in activity or intelligence on violent gang subjects.

Ms Martindale said if police were to stop more young females they would have the chance to speak up and explain what was happening to them.

She added: "You will get to the bottom of why she was carrying the drugs or weapons and that can hopefully save her from the grooming." 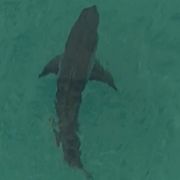 Coronavirus: Places of worship set to reopen for private prayer from 15 June