Astonishing drone footage has captured the quick progress made after just four days of construction work in the race to build Wuhan’s first specialist coronavirus hospital.

The time-lapse video, taken over the past few days, shows the site of the Huoshenshan Hospital transformed from a patch of empty land to a busy space filled with cement lorries and builders.

The six-acre, 1,000-bed emergency centre in the west of the city is being built using pre-fabricated elements and will open on February 3 – just ten days after construction began.

It is one of at least four facilities being built specifically to tackle the flu-like virus, which has killed 80 people in China.

2,744 people have been infected across the globe, with cases reported in Thailand, Taiwan, Japan, South Korea, the US, Vietnam, Singapore, Malaysia, Nepal, France, Canada and Australia.

Construction also started on a second hospital in Wuhan, called the Leishanshan Hospital, on Saturday.

That facility will have two buildings, containing 1,500 beds, and will employ 2,000 medical workers.

Another hospital in Huanggang is being converted from an existing hospital and opened on Monday.

The hospital is modelled on one built in Beijing to tackle the SARS outbreak in 2003, which took just one week to build. 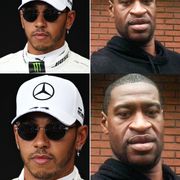