US Election 2020: What are the Iowa caucuses and how do they work?

The Iowa caucuses begin this evening and play a major role in deciding the Democratic presidential candidate - but how do they work and why are they important?

Voting in the Democratic presidential candidate contest begins on Monday.

It starts off with the Iowa caucuses where stakes are high because it can launch a candidate to frontrunner status.

When are the Iowa caucuses?

The caucuses begin at 7pm CST on Monday - or 1am on Tuesday morning in the UK.

The meetings last around an hour.

The first results will start coming out shortly after that.

Sometimes it takes a whole day for a clear winner to be known.

What are the Iowa caucuses?

Caucuses are gatherings, held in schools, community centres and churches across Iowa, that form part of the selection process for the Democratic nominee for President.

These gatherings, or meetings, begin with state and local party officials making speeches.

Those attending the caucuses then begin the process of selecting their preferred candidate.

The voting process actually involves physically moving to a part of the room with other supporters of the same candidate.

So, for example, you might see groups for Elizabeth Warren, Joe Biden and Pete Buttigieg all huddled in different parts of a town hall.

If a candidate does not have 15 per cent of the room in their huddle, then they are 'non-viable' and the group disbands.

The supporters for that candidate then either move to one of the viable candidates, with over 15 per cent support, or persuade enough supporters of other 'non-viable' candidates to join them and reach the threshold.

Why do the Iowa caucuses matter?

As the first state in the nominating process, Iowa can shape perceptions about who could win the contest.

This can give a candidate frontrunner status and provide a bump in the polls for future state contests.

Typically, the eventual Democratic nominee wins in either Iowa or New Hampshire.

Hillary Clinton, Barack Obama, John Kerry and Al Gore all won Iowa and then proceeded to win the nomination.

Who will win in Iowa?

According to the polls, it will be a tight race in Iowa.

However, there could, of course, be surprises.

Senator Elizabeth Warren and Mayor Pete Buttigieg have been polling at around the 15 per cent threshold and have, at points, even led the pack.

Senator Amy Klobuchar is also one to watch.

What are the odds for Iowa?

These are the odds on who could win Iowa. 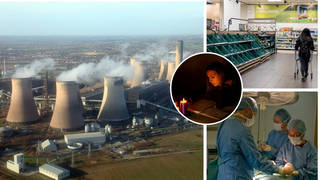 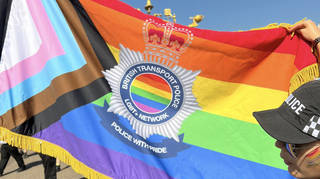 Donald Trump says he will give evidence in New York investigation