The Health Secretary has announced some major change to Covid-19 self-isolation rules.

Speaking in the Commons, Sajid Javid has explained how people in England who have had two jabs will be able to take a different approach to the rules compared to those who are not fully vaccinated.

Mr Javid confirmed people who are fully vaccinated and under 18s will not have to self-isolate for ten days if they are a close contact of a coronavirus case from August 16 onwards.

Anyone who is a close contact of a positive case will no longer have to self-isolate if they have received two doses of a vaccine and have given the second jab a fortnight to take effect.

READ MORE: School bubbles to end and pupils will only isolate if positive for Covid after August 16

READ MORE: Health Secretary: I'll keep wearing a mask, it's a responsible thing to do

He said: “Freedom is in our sights once again thanks to the protective wall of the vaccination programme.

“We no longer have to count the number of people that we are meeting. I understand some people are cautious about the easing of restrictions but we must balance the risks.

“This pandemic is far from over and we will continue to proceed with caution.

“We can soon begin a new chapter based on personal responsibility and common sense rather than the blunt instrument of rules and regulation.” He went on to explain changes to self-isolation.

“Science has shown us a solution," he said.

"That solution is our vaccine. The latest data from PHE shows that our vaccination programme... shows that both doses can reduce symptomatic infection by almost 80%.

"The odds have shifted in our favour. This is especially important when almost two thirds of adults have had both doses of a vaccine and have got the maximum protection a vaccine can offer.

"From August 16, when even more people will have the protection of both doses, anyone who is a close contact of a positive case will no longer have to self-isolate.

"If someone gets their second dose just before or just after 16 August, they'll need to wait two weeks, after which their second jab can take effect and give them these new freedoms."

Mr Javid said double jabbed people who are contacted by NHS Test and Trace to say they've been close to someone who has coronavirus will be advised to take a PCR test as soon as possible.

Anyone that tests positive will have to self-isolate whether they have had the jab or not, he said.

"This new approach means we can manage the virus in a way that is proportionate to the pandemic while maintaining the freedoms that are so important to us all."

Mr Javid also confirmed anyone under the age of 18 who is a close contact of a positive case will no longer have to self-isolate. The measures for under-18s will also come in on 16 August ahead of the autumn school term.

"Anyone under the age of 18 who is a close contact of a positive case will no longer have to self-isolate," Mr Javid said.

"Instead they will be given advice about whether they should get tested, dependent on their age, and will need to self-isolate only if they test positive."

He said: "But the wall is only half built.We know from outbreaks in Israel and research that the Delta variant can be transmitted through fully vaccinated people even if they themselves don’t get sick.

"The biggest barrier to an effective isolation policy hasn’t been the inconvenience but the lack of financial incentive to stay home.

"If we’re living with this virus, the days of people soldiering on when unwell are over.

"Sick pay is vital to infection control, getting back to normal depends on people feeling safe. But does he also appreciate those who are immunocompromised or for whom vaccination is less effective, will have their freedoms curtailed by ditching masks on public transport?" 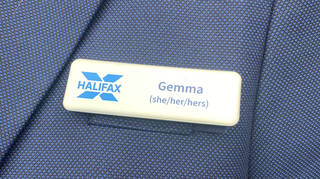