The UK's Christmas plan has been thrown into chaos with Boris Johnson at odds with Scotland and Wales over festive coronavirus guidance.

The Prime Minister insisted today there is "unanimous agreement" across the four UK nations "that we should proceed in principle with the existing regulations".

But as he spoke Wales' First Minister Mark Drakeford announced he would reduce Christmas bubbles to two households over the relaxation period, which the Welsh Government told LBC will now become law, and the nation will enter a full lockdown from December 28.

And Scotland's First Minister Nicola Sturgeon said shortly after it was her "strong recommendation" that people remain in their own household over Christmas.

It comes after a stark warning from both the Health Service Journal and British Medical Journal over the "rash decision" to ease Covid rules over Christmas.

Under the festive bubble rules announced previously, up to three households will be allowed to mix between December 23 and 27.

On Wednesday evening, the UK, Scottish and Welsh governments issued a rare joint statement stressing this "cannot be a normal Christmas" due to the pandemic.

But as Mr Johnson was saying this, Mr Drakeford set out his decision to deviate from the previously agreed approach.

He said: "Here in Wales, the position is that only two households should come together to form an exclusive Christmas bubble during the five-day period.

"The fewer people we mix with in our homes, the less chance we have of catching or spreading the virus."

The price of the relaxed restrictions will be a tougher lockdown in Wales from December 28.

Ms Sturgeon then recommended that people forming a Christmas bubble should only meet up on one day and not stay overnight "unless it is unavoidable".

She said: "Firstly and unequivocally the safest way to spend Christmas this year for you and for those you love is to stay within your own household and your own home.

"My strong recommendation is this is what you should do if at all possible." 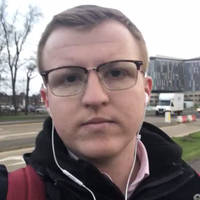 Scotland’s First Minister has said she still expects there to be a four-nations agreement on the easing of rules over Christmas, but while laws are set to be the same, the guidance is likely to be different.

Nicola Sturgeon is to urge people in Scotland only to see others in their Christmas bubbles – already limited to eight people from three households – for one day and not to stay overnight if it can be avoided.

People in areas of the UK with high levels of coronavirus are also being advised not to travel to parts of Scotland where case numbers are low.

Ms Sturgeon said: “We don’t intend to take away the flexibility – that in my view wouldn’t be fair at this stage and it wouldn’t be realistic either.

“Indeed it may risk undermining rather than strengthening compliance with the overall guidance." 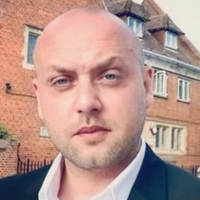 After weeks of mounting pressure from leading doctors in Wales, First Minister Mark Drakeford has decided to act.

With the number of patients with coronavirus symptoms in hospitals now at record levels, the Welsh Government is asking people to only mix with one other household.

This is a roll-back on the three-household agreement which was reached among the four nations of the UK a number of weeks ago.

But the NHS in Wales is in a precarious position, with some health boards reducing non-essential care and, as such, the nation will now move into Level 4 lockdown.

At the end of trading on Christmas Eve – non-essential retail will be forced to close, eliminating the prospect of Boxing Day sales. Gyms will also have to close on the same date.

All hospitality will be forced to close from 6pm on Christmas Day and from 28 December, tighter restrictions for household mixing, staying-at-home, holiday accommodation and travel will apply.

The changes around Christmas mixing is the clearest indication yet that there was no agreement between the four nations and it has, once again, led to Mark Drakeford going his own way in his response to the pandemic.

At PMQs, Mr Johnson said it was right to "stress the importance of people taking care this Christmas", particularly due to the risk of asymptomatic transmission of coronavirus.

He said: "We should exercise extreme caution in the way we celebrate Christmas.

"We can celebrate it sensibly but we have to be extremely cautious in the way we behave."

He then accused Sir Keir Starmer of wanting to "cancel" Christmas after the Labour leader warned the Prime Minister was "ignoring" medical advice by easing restrictions.

Sir Keir said this was likely to be Mr Johnson's "next big mistake".

He asked: "If he really is going to press ahead with this, could he tell us what's the assessment - and has it been done - of the impact it will have on infection rates that increase pressure on the NHS?"

Reflecting on the last year, Sir Keir asked Mr Johnson to admit his slowness to react to the pandemic had cost lives.

He told the Commons: "Let me start at the beginning of the pandemic when images in hospitals in Italy and Spain were being shown on our televisions and the infection rates were rising in the UK.

"Does the Prime Minister now accept that his slowness to respond led to more deaths, a longer lockdown and a deeper economic damage?"

Mr Johnson replied: "No, because at every stage we followed the scientific guidance and continue to do so."

He told MPs that "there are spikes now taking place across the whole of the EU", adding that thanks to the tiering system implemented in the UK "we're seeing those rates coming down".

He continued: "Yes, it is true that we have spikes now in some parts of London and the South East, but we will make sure that with our adjustments to the tiering that we conduct over the next few weeks that we will address those issues."