Eager customers were seen scrambling into a shop on London's Oxford Street this morning as non-essential retail reopened in England.

Hundreds of people braved the cold conditions to be among the first into shops as England's coronavirus restrictions were eased.

Coat-wearing customers were itching to get inside JD Sports from at least 7am on Monday morning.

Half an hour later, the shutters were lifted for the first time since England went into a nationwide lockdown and the shoppers scrambled into the sports-fashion retail store.

Rachael Venables said most in the crowd were looking for rare or exclusive trainers - rather than "new joggers" - to resell at a profit.

Elsewhere, queues were seen outside Primark in Nottingham city centre as people looked to get their hands on some new clothes, accessories and beauty products.

It comes after Boris Johnson urged the public to "behave responsibly" as the lockdown measures are eased across the nation.

The prime minister said: "I'm sure it will be a huge relief for those business owners who have been closed for so long, and for everyone else it's a chance to get back to doing some of the things we love and have missed.

"I urge everyone to continue to behave responsibly and remember 'hands, face, space and fresh air' to suppress Covid as we push on with our vaccination programme."

Other parts of the UK are also due to enjoy more freedoms from Monday, with Wales permitting non-essential retail to reopen and travel to the rest of the UK and Ireland.

School pupils will be allowed to return to face-to-face teaching in Wales and Northern Ireland, in moves being echoed in Scotland as pupils return from their Easter breaks.

The order to stay at home will also be dropped in Northern Ireland and the number of people allowed to meet outdoors will rise from six to ten.

In England, indoor socialising remains banned, though if the data suggests it is safe to do so, the rule of six will return for indoor gatherings from 17 May at the earliest.

On Sunday, the latest coronavirus figures show another seven more people died within 28 days of testing positive for Covid-19 while 1,730 more cases were confirmed.

About 61 per cent of adults have had at least one dose of the vaccine while official figures suggest more than 32 million people have received a jab. More than 14 per cent have had both doses. 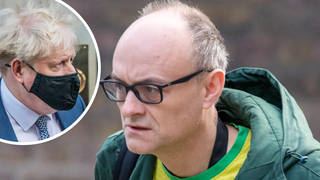 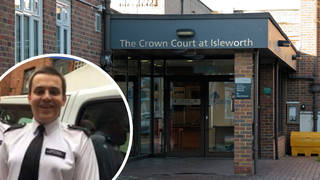