Further details were released today of Prince Harry and Meghan Markle's plans to 'step back' from their lives as senior royals, including losing their HRH titles and access to public funds.

The Duke and Duchess of Sussex will also repay the £2.4m spent on the refurbishment of Frogmore Cottage, which will remain their UK home.

Buckingham Palace confirmed the couple will continue to maintain their private associations and patronages, but will no longer represent the Queen.

The changes, which come into effect in the Spring of this year, signal a dramatic shift in the relationship between the couple and the Royal Family.

In a statement, the Queen said: "Following many months of conversations and more recent discussions, I am pleased that together we have found a constructive and supportive way forward for my grandson and his family. Harry, Meghan and Archie will always be much loved members of my family.

"I recognise the challenges they have experienced as a result of intense scrutiny over the last two years and support their wish for a more independent life.

"I want to thank them for all their dedicated work across this country, the Commonwealth and beyond, and am particularly proud of how Meghan has so quickly become one of the family.

"It is my whole family's hope that today's agreement allows them to start building a happy and peaceful new life."

The country was rocked on January 8 when the couple said that they wanted to ‘make a transition’ and create a new life for themselves in the Royal Family.

They said they want to ‘step back’ in their roles and become financially independent, while continuing to “fully support Her Majesty The Queen.”

The couple announced: “After many months of reflection and internal discussions, we have chosen to make a transition this year in starting to carve out a progressive new role within this institution.

“We intend to step back as ‘senior’ members of the Royal Family and work to become financially independent, while continuing to fully support Her Majesty The Queen. It is with your encouragement, particularly over the last few years, that we feel prepared to make this adjustment.

“We now plan to balance our time between the United Kingdom and North America, continuing to honour our duty to The Queen, the Commonwealth, and our patronages. This geographic balance will enable us to raise our son with an appreciation for the royal tradition into which he was born, while also providing our family with the space to focus on the next chapter, including the launch of our new charitable entity.

“We look forward to sharing the full details of this exciting next step in due course, as we continue to collaborate with Her Majesty The Queen, The Prince of Wales, The Duke of Cambridge and all relevant parties. Until then, please accept our deepest thanks for your continued support.”

The announcement rocked all levels of British society. Harry was said to have gone ahead with the statement in defiance of the Queen’s wishes. The couple’s decision also sparked a racism debate with people accusing the British press of portraying the Duchess in a negative light due to her mixed race background.

Questions were also raised over who would pay for their security amid reports that they want to move to Canada. Justin Trudeau said talks were ongoing as to how the arrangement would be funded.

It was reported today that Meghan and Harry have their eye on a £21m waterfront mansion in a prestigious area of West Vancouver.

The Sun dubbed the residence a “Megha-mansion” and said the property boasted 6 bedrooms, 5 bathrooms with full length panoramic windows that look over a beach.

An estate agent source in Canada said: “Meghan has expressed an interest in this beautiful house. It would be perfect for her, Harry and little Archie.”

For more on Harry and Meghan:

"Tweets of abuse against Meghan Markle are unreadable" 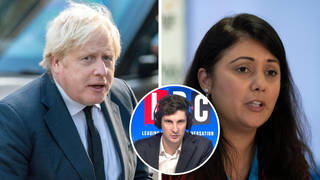