Man's body found on Doncaster road which was submerged by floods

Police have launched an investigation after a man’s body was found on a Doncaster road left underwater by recent floods.

Officers were called to Fordstead Lane between Barnby Dun and Arksey on Saturday afternoon following reports that a body had been discovered.

South Yorkshire Police said they were unable to confirm how long the body had been in the location, but some reports suggested it could have been in the flood water for some time.

The road, between Barnby Dun and Arksey, was underwater for a fortnight after the River Don burst its banks earlier this month, inundating much of the surrounding area.

A police spokesperson said: "Inquiries are underway in Doncaster after the discovery of a man's body.

"Police were called at around 2:15pm on Saturday, November 23, following reports a body had been found on Fordstead Lane, Barnby Dun, Doncaster.

"The death is not being treated as suspicious."

Earlier this month the former High Sheriff of Derbyshire Annie Hall, 69, was swept to her death when “biblical” storms struck Yorkshire and the Midlands.

Forecasters have warned more bad weather is set to come on Tuesday as the tail-end of Storm Sebastien, formed in the tropical Atlantic last week, continues to cause havoc.

The Met Office has today issued a yellow weather warning for rain across South West England, along with strong 50mph winds.

Forecasters have warned travel times are likely to be longer and flooding of "a few homes and businesses is likely." 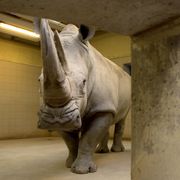