A fresh appeal for witnesses has been issued following the death of a man who fell from an e-scooter.

The 53-year-old was seriously injured in the fall in Twickenham on July 15 and was taken to hospital in a life-threatening condition.

He died a week after the incident. His next of kin has been informed and is being supported by officers.

Detectives are investigating how the fall took place, though they do not believe any other vehicles were involved.

It happened in Heath Road before 7.10pm.

Increased focus has been applied to the safety of e-scooters following incidents in recent days.

A three-year-old girl suffered life-changing injuries after she was struck by a rider in south London, police said this week.

Junior Shay Alexander, 16, died after being hit while riding his e-scooter in Bromley on July 18.

Anyone with information that could help the investigation into the 53-year-old's death is asked to call the Met's Serious Collision Investigation Unit on 020 8543 5157. 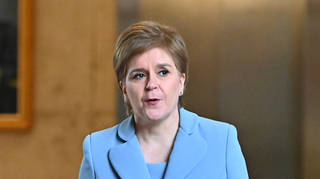