A teacher in the US has been arrested and charged for allegedly having a sexual relationship with a pupil after her husband told the school about the affair.

Olivia Lois Ortz, 26, a music teacher at Wilmington Area High School in Pennsylvania, has been charged with two counts of sexual contact with a 17-year-old student and one count of sexual offence with a minor, according to New Castle News.

Ms Ortz's husband Cody Ortz told the school after he reportedly found incriminating messages between his wife and her student on Ms Ortz's iPad.

He alerted the school, and Ms Ortz was suspended on May 9, but reportedly resigned on the same day.

A warrant for her arrest was issued on Friday, and she turned herself in on Monday.

Read more: Westminster sleaze: Drugs so common that MPs 'have been known to snort cocaine from desks'

Local police found more than 100 messages between the pair, according to the criminal report.

The pupil admitted they had been to Ms Ortz's house several times and had stayed overnight.

They also admitted they had continued to communicate even after the search warrant for Ms Ortz was issued.

He has been charged with 10 counts of institutional sexual assault, among other charges relating to child welfare.

His case is pending in court. 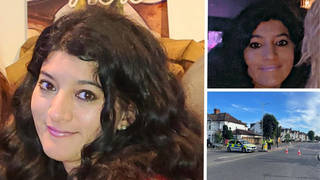