Tesco has been cleared over its Christmas advert featuring Santa bearing a Covid vaccine passport, following thousands of complaints from anti-vaxxers.

The campaign had prompted 5,000 complaints from viewers to the advertising regulator.

But dismissing those complaints, the Advertising Standards Authority (ASA) said the vaccine pass is likely to be seen as a “humorous reference to international travel rules people have experienced this year”.

Titled “This Christmas, Nothing's Stopping Us”, the advert shows Tesco customers determined to enjoy a proper Christmas with family and friends after last year’s Covid-enforced restrictions on festivities.

In one scene, a reporter appears on TV with "breaking news" telling viewers that "Santa could be quarantined".

Santa then presents his Covid pass at border control, proving he has been vaccinated to a customs officer so he can enter the country without restriction.

The ASA said the majority of complaints labelled the advert, which has also been viewed more than 400,000 times on YouTube, coercive and encouraged medical discrimination based on vaccine status.

But it said: “Having carefully assessed the 5,000 complaints we received about the Tesco Christmas ad campaign, we have concluded it doesn’t break our rules and there are no grounds for further action.

“In summary, we consider that the depiction of Santa displaying a proof of vaccine status in an airport is likely to be seen as a humorous reference to international travel rules people have experienced this year.

“It is unlikely to be interpreted as a message about these rules or the Covid-19 vaccine more widely.

“While we understand that some people disagree with the vaccine programme and may find the ad in poor taste, we have concluded that the ad is unlikely to be seen as irresponsible or cause serious or widespread offence on the basis suggested.” 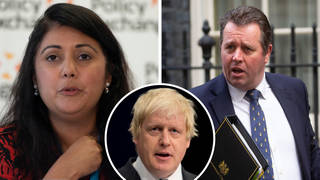