Joe Biden was seen falling on the stairs of Air Force One before flying to Georgia today.

The 78-year-old US President stumbled three time going up the stairs, although looked like he recovered quickly and carried on up the steps before giving a salute at the top.

He then disappeared into the aircraft.

“It was very windy. I almost fell coming up the steps myself. He is doing 100 percent.

President Biden stumbled and recovered as he climbed aboard Air Force One on his way to Georgia pic.twitter.com/92N05Ukcvk

The president was on his way to meet with Asian community leaders following the massage parlor shootings earlier this week.

A total of 8 people were killed in the Atlanta-area shootings. Six of the victims were Asian, the authorities said, raising fears that there may have been a racial motivation to the crimes.

On Sunday, November 29, Biden announced he had injured his foot after he fell while playing with his dog, Major, a German Shepherd rescue, the day before.

Biden suffered the injury before visiting an orthopedist. A scan found tiny fractures of two small bones in the middle of his right foot.

The news comes after the Kremlin has reacted angrily to Biden’s remarks that Russian leader Vladimir Putin is "a killer," calling the comment unprecedented and describing the relationship between the two countries as "very bad."

The Russian leader reacted to the comments by wishing Biden "good health" at a news conference.

He said: "It's true, we really know each other personally. What would I answer him? I would tell him: be healthy," Putin said. "I wish him good health. I say this without irony, no jokes. This is first of all."

It also comes as Top US and Chinese officials clashed as the two countries met face-to-face for the first time since Biden became president.

US secretary of state Antony Blinken and China's most senior foreign policy official, Yang Jiechi, took aim at each other's policies at the start of two days of talks in Alaska.

Their angry tone in public suggests the private discussions will be even more rocky. 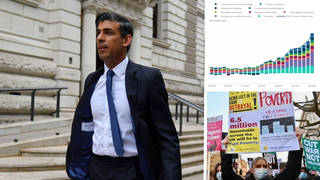 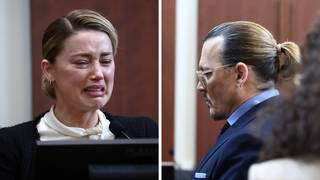