Eco protesters have again clashed with furious drivers as they blocked roads at an industrial park near the Dartford Crossing and a junction of the M25.

Insulate Britain stopped traffic at a junction north of the Thames, near an overpass for the Queen Elizabeth II bridge, the busy Essex crossing east of London.

The area near the Purfleet Freight Terminal is home to a number of business sites - and a route for freight. The road was set to reopen around 10.30am.

Irate motorists dragged protesters from the road, where they were sat down or laid out, as the scenes turned violent. The area is considered a bottleneck for freight lorries, drivers told LBC.

One man was seen ripping the Insulate Britain banners from activists, while others angrily remonstrated with them.

An activist was dragged out of the way of traffic as he remained in a seated position, and was grabbed by a man as he attempted to return.

Queues of lorries quickly formed, and one lorry driver was seen taking his HGV right up to the protesters who sat in front of it.

Tanker driver Martin said if protesters block the "hotspot" for much longer there will be disruptions to fuel deliveries.

He explained that night shift drivers may not be able to deliver fuel to garages due to the blockade, and said the demonstration is making the lorry driver shortages and fuel shortages facing the UK “worse”.

LBC's reporter on the scene, Rachael Venables, said she feared the incident would turn "nasty".

A man who spoke to sit-down activists called them a "bunch of f***ing arseholes" and asked if they worked before dragging one protester off the road by his backpack.

"This is not helping," said another. "This is going to gridlock the whole area.

"You've made your point.

"My business is on its knees - we've got massive haulage problems in the UK.

"Look at my warehouse there - how am I going to insulate that?"

A motorist told LBC at the scene: "I've lost my job interview because of these lot here, for a skip driver. I'm a HGV (driver) - look at this lot, none of them work, they're all retired.

A furious mother taking her 11-year-old son to school demanded they get out of the way.

Police arrived at the scene shortly before 10am - about an hour and a half after the protesters assembled - and were seen moving activists off the road.

Separately, Insulate Britain said it had also demonstrated at Junction 31 at the M25 - despite an injunction banning their activism on that busy motorway. About 40 activists were at the sites.

Essex Police confirmed it had made 16 arrests at the M25, with officers responding within five minutes meaning they were able to keep one lane open.

The group, which calls for all of the country's social housing to be insulated by 2025 for environmental and fuel poverty reasons, has threatened to continue disrupting people's lives on the roads unless its demands were met.

That is despite a court injunction banning its activists from taking to the M25 and the Port of Dover after they launched demonstrations there.

Boris Johnson has attacked the group, branding them "irresponsible crusties" to LBC.

Dr Diana Warner, who the group described as an Insulate Britain supporter, said: "Many people are going out of their way to thank us.

"Some come out of their cars to thank us, some are police officers involved with our arrests. To them, we bring hope - we haven't yet given up. We are still pushing for life saving changes.

"It is a big step to move from thanking us to taking action. But if you make some move to help us, however small, you will be helping us to achieve change."

Asked if he supported the group's tactics on Nick Ferrari at Breakfast, Ed Miliband, Labour's shadow business secretary, said: "No, I mean I really don't. I think it's so counterproductive.

"I'd make a distinction, Nick, between the pupil climate strikers, the kids who took some time off school to protest, some people will have had their problems with that, but they were making a powerful point, pricking people's consciences.

"I think it had a real effect. I don’t see why blocking roads and making people's life a misery is going to help. It is just going to alienate people and I can tell from your listeners that people are alienated and I don’t blame them really." 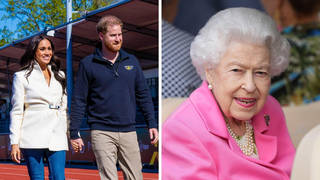