Two former Royal Marines have been jailed for importing cocaine hidden in Lego boxes, one of which was inadvertently given to a child as a present.

Jack Jones, 28, was jailed for 16-and-a-half years at Liverpool Crown Court on Tuesday and his former armed forces colleague Isaac Rasmussen, 28, was sentenced to 10 years for the conspiracy to import and supply drugs which were smuggled into the country from Holland in DPD parcels.

A third associate, Paul Jones, 43, whose addresses were used for the packages to be sent to, was jailed for seven-and-a-half years.

Charles Lander, prosecuting, said 18 kilograms of cocaine, with a street value of £1.8 million, was recovered by police but was only the "tip of the iceberg" in terms of the defendants' criminality.

The court was told one of the packages was delivered to Paul Jones's address in Lincombe Road, Huyton, while police were executing a warrant there on 24 June last year. It contained eight Lego Duplo boxes which each contained a kilo of high purity cocaine.

On the same day, the court heard, a package was delivered to an address in Whiston where Rasmussen was a tenant, but it was taken in by a neighbour.

Some weeks later, after attempts by the neighbour to return the parcel to Rasmussen were unsuccessful, she gave one of the Lego boxes to her son's girlfriend, who needed a present for the birthday of her friend's son.

The box, which had an image of a fire engine on the front, was gift-wrapped and given to the child, whose mother opened it, Mr Lander said.

He said: "When she opened the box, she immediately noticed that it was not Lego but was an item that had been wrapped in various layers of different packaging."

The court heard a solid white block of cocaine was inside.

Judge Stuart Driver QC told Rasmussen: "You allowed your home to be used for delivery of multi kilo packages of Class A drugs.

"Part of such a delivery to your address, disguised as Lego, was inadvertently handed to a small child wrapped up as a birthday present, exposing the child to a risk of serious harm."

In one message, Jack Jones told a contact: "Bro we be multimillionaires in three months ha ha ha."

Alaric Walmsley, defending Jack Jones, said he had served his country as a Royal Marine, working as an ambulance driver in the Medical Squadron.

Rasmussen had known Jack Jones since he joined the Marines at 17 and became involved in the conspiracy because of their friendship, Arthur Gibson, defending, said.

Kenneth Heckle, defending Paul Jones, who is currently serving a prison sentence for cannabis production, said his "entry into the criminal world" started after he lost his job as a forklift truck driver in 2018 when he injured his ankle.

All three defendants pleaded guilty to conspiracy to import and supply cocaine.

'Don't wait for Plan B': Mayor of London calls on the government to reintroduce face masks 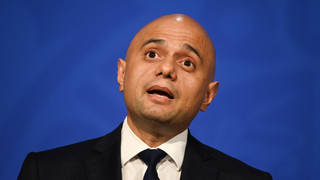 The Queen cancels trip to Northern Ireland on medical advice

Facebook set to get new name in major rebrand