The world "narrowly averted a nuclear catastrophe" after Russia attacked Europe's biggest nuclear power plant in Ukraine, the US has said.

Speaking at an emergency meeting of the UN Security Council on Friday, American representative Linda Thomas-Greenfield accused Russia of "reckless" and "dangerous" actions - and warned Moscow's forces are just 20 miles away from another nuclear site.

Britain's representative said it was the first time a state's military attacked a functioning nuclear plant.

And Boris Johnson said on Friday evening that what is happening in Ukraine is an "abomination" and worse sanctions would be imposed until "this aggression stops".

Russian forces have seized control of the Zaporizhzhia plant, in Energodar, the largest in Europe, which accounts for about a quarter of Ukraine's power generation.

Moscow has been accused of shelling the facility and risking causing a serious threat by damaging the plant - with Ukrainian president Volodymyr Zelenskyy branding it "nuclear terrorism" and criticising Nato's refusal to implement a no-fly zone over his country.

Ms Thomas-Greenfield, the US representative to the UN, told the Security Council in New York: "By the grace of God, the world narrowly averted a nuclear catastrophe last night.

Nuclear terrorism requires decisive action in response. At the #UN Security Council meeting, we called for closing the sky over 🇺🇦 and launching an operation to maintain peace and security. The goal is to save hazardous facilities. The world must not watch, but help!

"We all waited to exhale as we watched the horrific situation unfold in real time."

Boris Johnson later told Ukrainians in a video address that he "cannot even imagine what you're living through right now, the outrage and heartbreak you must feel as everything you know and love is so inexplicably and brutally shattered".

"What's happening in your homeland is an abomination, and like people across the UK, I am heartsick at the destruction and loss of life," the Prime Minister said.

He warned the "vice is tightening its grip and it will continue to tighten" and added: "With the US and the European Union, we've brought in the biggest package of global sanctions ever imposed on Russia. And we will go further, unless and until this aggression stops."

He concluded his video message by saying: "And I know that however long it takes, however arduous, Putin must fail. Our thoughts and our sympathies are with the whole of Ukraine in its battle for freedom."

Earlier, he spoke with French president Emmanuel Macron, agreeing that "the reckless actions leading to damage to the Zaporizhzhia nuclear plant were despicable".

The UK representative, Dame Barbara Woodward, told the Security Council that Russia "must keep fighting away from and protect the safety and security of nuclear sites".

Reports so far suggest no radioactive material has been released but Dame Barbara told Moscow that such an attack "must not happen again".

"Colleagues, this is the first time that a state has attacked a fuelled and functioning nuclear power plant," she told the council.

"International law requires special protection for nuclear facilities. And it is difficult to see how Russia's actions were compatible with its commitments under Article 56 of the additional protocol of the (Geneva) Conventions. It must not happen again.

"Even in the midst of an illegal invasion of Ukraine, Russia must keep fighting away from and protect the safety and security of nuclear sites."

Vaslily Nebenzya, Russia's representative, said the facility was being guarded by his country's military, claiming it is working and that radiation levels are normal.

Russia has denied it attacked the plant.

Ukraine's president Volodymyr Zelenskyy said: "People of Russia, how is it even possible? We fought the consequences of the 1986 Chornobyl disaster together. Did you forget? If you remember it, you can't stay silent. Tell your leadership you want to live."

On Friday, he launched another impassioned speech to Nato, which refused to risk sparking a massive war with Russia by implementing a no-fly zone.

"The alliance has given the green light to the bombing of Ukrainian cities and villages by refusing to create a no-fly zone.

"All that the alliance was able to do today was to pass through its procurement system 50 tons of diesel fuel for Ukraine. Perhaps so we could burn the Budapest Memorandum," Mr Zelensky added - a reference to the 1994 security guarantees given to Ukraine in exchange for giving up its Soviet nuclear weapons after the communist state fragmented.

"You will not be able to pay us off with litres of fuel for the litres of our blood, shed for our common Europe."

Russia's invasion continues, with its military trying to capture key Ukrainian cities. It appears to be attempting to encircle Kyiv, the capital.

Ukraine has estimated that 2,000 civilians have died in the fighting while a million of its citizens are thought to have fled. 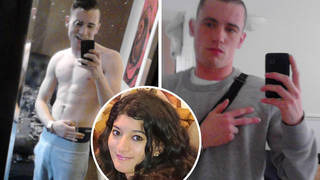