Sajid Javid has insisted that Dame Cressida Dick is the "right person" to lead the Met in tackling violence against women and girls amid mounting calls for her resignation, adding more work needs to be done by the government to address the issue.

Speaking to Andrew Castle on LBC, the Health Secretary said we all have to draw the right lessons in the wake of Sarah Everard's murder by Met Police officer Wayne Couzens.

It follows the former cop being handed a whole-life sentence for the kidnap, rape and murder of Ms Everard at the Old Bailey on Thursday.

The former Home Secretary told Andrew: "There does need to be reforms.

"I do think Cressida is the right person to take forward that reform in the police, but I also think that there is more work here for the government to do to build on the Violence Against Women strategy that's already been published.

"We've all got to draw the right lessons from this, I mean this is one of the most horrific crimes I can ever imagine and I say that as a former Home Secretary, and we've just got to make sure that the reforms that are necessary come forward."

Read more: 'I think we can trust the police': PM backs officers amid anger at Sarah Everard murder

Grilled on how we should address the issue of women's safety, Mr Javid said it is essential to listen to women and their representative organisations about what more they think can be done.

He said the crime is so "shocking" because we "rightly associate the police with protecting those, and when that doesn't happen in the most appalling way, as we've seen, it should shock us".

Mr Javid joined a number of senior politicians who have backed the under-fire Met chief, following damning calls for her to resign after details of the case were revealed during Couzens' two-day sentencing.

Harriet Harman, the Mother of the House of Commons, has led calls for Dame Cressida to resign.

She told LBC the Met chief should "recognise it's best for her to go".

"It was on her watch that the warning signs on Sarah Everard's killer were missed.

"As soon as an allegation is made we need an immediate investigation and a prompt suspension. I didn't want to see Cressida Dick fail but it's because I want to see the changes, I want to see them taken through with energy and determination. I know she cannot do that."

Read more: Met chief faces calls to quit over how cop nicknamed 'The Rapist' slipped through the net

She told Andrew on LBC that she thinks by now she should have resigned.

"My constituents have simply had enough of these continued failings," she said.

"It's not just Sarah's case, there have been other cases, more recently the policing of the Euro semi-finals, there's been stop and search, and the way in which that is conducted. All of these different things keep happening in and around Cressida Dick's leadership of the Met.

"Telling women to flag down buses... I just couldn't.

During Mr Javid's appearance on LBC, he also outlined the government's plans to draft in a former senior military commander to carry out a far-ranging overhaul of leadership in the health and social care sector.

General Sir Gordon Messenger, an ex-vice chief of the defence staff, will conduct the most far-reaching review the sector in England has seen in 40 years.

The move follows the announcement last month of a £12 billion-a-year cash injection to help the NHS catch up after the pandemic and overhaul social care.

The announcement reflects key themes of Boris Johnson's "levelling up" agenda which is expected to feature heavily in the coming week, as the Conservative Party conference gets under way from Sunday. 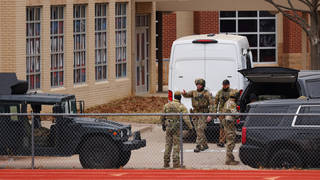 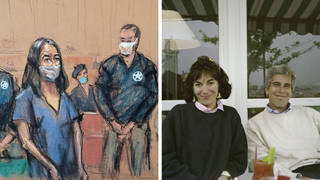 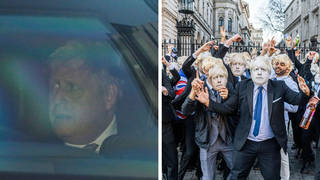 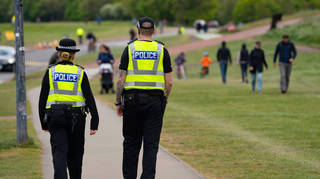 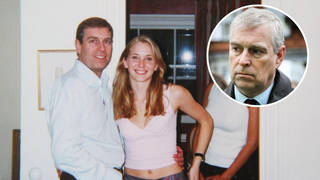 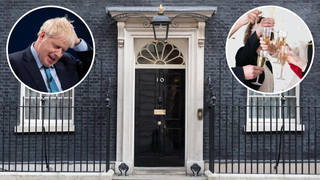 When were they not partying? No10 accused of holding 'wine-time Fridays' throughout Covid