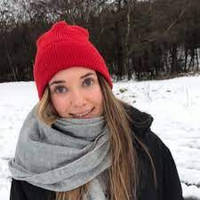 Star Hobson's great-grandfather has called for an overhaul of England's child protection system after an LBC investigation revealed just 3% of child cruelty reports lead to a criminal charge.

David Fawcett, the great step-grandfather of murdered toddler Star Hobson, exclusively told LBC: “I just wouldn’t want this to happen to any other family, this is why it needs to change, it needs to change drastically, we can’t have children put in these positions.”

Star was just 16 months old when she was killed in 2020 by Savannah Brockhill, her mother’s partner, while Frankie Smith was found guilty of causing or allowing her daughter’s death.

The toddler died after months of “neglect, cruelty and injury” and five referrals to social services.

In recent weeks and months, England’s child protection services have been put under scrutiny as a list of young lives lost grows.

Read more: Woman laughs before being jailed for life over 'cruel' murder of one-year-old Star Hobson

Child neglect is the ongoing failure to meet a child’s basic needs, and according to the NSPCC is the most common form of child abuse.

The NSPCC describes neglect as being where a child may be left hungry or dirty, or without proper clothing, shelter, supervision or health care.

Out of the 28 police forces in England that responded to a freedom of information request, analysis shows the charge rate of reports of child neglect or cruelty varies between the services from 0% to 12.9%, with the average across England being 2.5%.

The majority of reports did not progress to criminal action due to “evidential difficulties”.

In 2021, at least 22,488 reports of child neglect or cruelty were reported to officers. An increase of more than 22% on the previous year. By January 2022, the figures provided to LBC show 208 charges or summons had been made.

Ian Critchley, Deputy Chief Constable of Merseyside Police and the national police chief’s council lead for child protection spoke exclusively to LBC. He said the figures “indicate to us there is more work for us to do".

But he told LBC the charging figures do not reflect the various other outcomes which wouldn’t be counted in the data, including social care or suspects being charged for more severe offences, including murder.

Mr Critchley said “thousands and thousands” of children are protected by officers every single day and criminal charges only show one element of action taken by various agencies and partners.

“Of course, we know, and the public know, some shocking cases where indeed things could and should’ve been done, that’s why the national review panel’s been commissioned to look at some horrendous cases where children have died and should be here now.”

Reacting to the data which shows most reports result in “evidential difficulties”, the Detective Chief Constable told LBC about the “complexity” surrounding these cases.

He said that when investigating neglect there is a difference between “criminal acts” and “neglect that takes place down to poor parenting, where support is needed to be given to parents to assist them in terms of bringing up children in today’s society.”

Detective Chief Constable Critchley admitted that “less professionals going into houses on a regular basis” during lockdowns did present more challenges for investigators trying to gather evidence of child neglect.

Paula Hudgell, the adoptive mother of Tony Hudgell, who had both legs amputated after abuse by his biological parents as a baby told LBC the figures are “shocking” but “not surprising”.

Mrs Hudgell has been campaigning for “Tony’s law”, which increases maximum jail terms for abusers to life imprisonment.

She told LBC that all police services and the CPS need specialist departments for child cruelty due to the nature of the cases and the difficulties surrounding gathering evidence: “especially if the child survives because they haven’t got that evidence that is critical to bring them to court.”

“We absolutely need a complete overhaul of the whole system of trying to bring these cases to court”.

Governor says he was ‘misled’ about response to shooting