The Government should be "more careful" with its spending, former Tory minister Rory Stewart has told LBC.

Speaking of Government spending on Iain Dale's Cross Question, the former Tory MP said: "Obviously I'm a huge admirer of Iain's but sometimes when we engage with each other I'm sort of characterised as being a kind of Guardian lefty.

"But on this stuff I think I'm more right-wing than the Government.

"I mean I think we should be more careful with our spending."

He added: "It is very very strange the extent to which the Government is spending an enormous amount, not oddly on things I'd be spending on.

"If you were looking for cuts, for example, I wouldn't be spending an enormous amount on aircraft carriers.

"I don't think aircraft carriers are the future of war. I'm afraid that they're a very outdated [and] incredibly expensive technology that has almost no relevance to modern warfare." 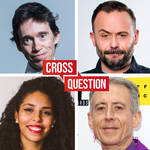