The country didn't vote for Boris Johnson because they thought he was a great candidate – they did it to prevent Jeremy Corbyn getting into Number 10.

Boris Johnson is putting out fires in Number 10 this evening as many of his Cabinet call for his resignation.

The PM has added Michael Gove to the list of ministers booted out of his government, with a Number 10 spokesperson branding the former Levelling Up Secretary "a snake".

Iain Dale was reflecting on Boris Johnson's attempts to cling on to power when he read out a text, where a listener insisted "the country got what it voted for" when electing the PM in 2019: "a liar and a self-harm Brexit."

Iain wasn't buying the arguments of the listener.

Read more: Andrew Marr: If Boris carries on like this he will destroy the Conservative Party

Read more: What happens next? Timeline for Boris to face second no confidence vote

"A lot of people voted Conservative in 2019 because they were horrified by the thought of a Corbyn premiership," he claimed.

"I would never have voted for Jeremy Corbyn in a month of Sundays and whatever misgivings I had about Boris Johnson, they were completely dissipated by the thought of a Corbyn premiership."

Iain went on to suggest he wasn't the only person to think this way in 2019.

"Do I ahve any regrets about that vote? No I do not," he confessed, moving on from the text with a parting message: "You can only vote for what's put in front of you." 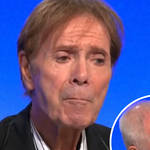