The Shadow Transport Secretary says that big savings would be made with an end to profits going to the national rail companies of other countries.

Andy McDonald claimed the move will “save hundreds of millions of pounds” by getting rid of the franchise process, cut waste and with current shareholder dividends (i.e. profits) going to the government. The result will be savings for passengers.

“We’re saying that those season tickets that we talk about, those regulated fares, we can get them down on average by about £1000.”

Under Labour’s proposal the rail franchises would be brought under public ownership as the private agreements expire. Mr McDonald said this means the government won’t have to pay anything to reacquire them, but Nick suggested that the length of these contracts means the process will take a long time.

Under the current system various private operators run various rail routes, a setup that McDonald said is “the most complex, fragmented and expensive system in the entirety of Europe.”

“It can’t be right that I can get 21 different types of journeys from Teeside to Tyneside on a day return at 21 different prices from three different operators. It’s crazy.”

“We don’t share the government’s view that the UK is singularly incapable of running its own railway system. It’s a bizarre situation where the only country in the world that can not run UK railways is the UK.

Mr McDonald said a Labour government would put a lid on fares so they rise inline with CPI as opposed to RPI or RPI +1%. 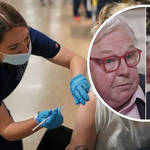 'Getting jabs will help, not hinder you' as England moves out of lockdown, PM tells LBC 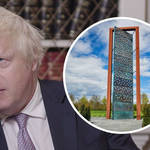 Police memorial honours those who 'run towards danger' to protect us, PM says

Antisemitic incidents quadrupled in London after Gaza conflict broke out

UK battered by thunderstorms and hail ‘the size of garden peas’

Moment woman steals £4.2m of diamonds from jewellers by swapping them for pebbles

'There were people in tears': Nick Ferrari on unveiling of memorial to fallen police officers