Philip Hammond explained to Nick Ferrari why he gave more money to potholes than to police officers in yesterday's Budget.

The Chancellor gave an additional £160million to the police, while allocating £420million to local councils for fixing potholes.

But speaking to Nick Ferrari, Mr Hammond explained that the difference between a one-off payment to mend roads as opposed to an on-going funding of public services.

Nick asked him: "Why would you choose to spend more money on potholes than you would police officers?"

Mr Hammond responded: "They are completely different things. That [the £160m police funding] was a very specific funding for 19/20 for our counter-terrorist policing to enable counter-terrorism police officer numbers to be maintained through next year.

"When you fund police officers or doctors or nurses or school teachers, that's an on-going commitment. You have to fund that year after year after year. 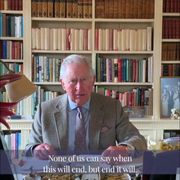