Labour's Shadow Transport Secretary Andy McDonald has said South Western Railways could end the 27-day strike instantly if they just did what they agreed to do over guards on trains.

The train company started a 27-day strike across December over plans to remove the guards on trains.

But Mr McDonald admitted his frustration over South Western's u-turn over a deal.

Speaking to Nick Ferrari, he said: "This is so frustrating.

"Right across the country, those issues have been resolved to everybody's satisfaction. Putting those safety-critical guards on trains has happened everywhere.

"Yet South Western, who had an agreement with the trade union, have reneged on that agreement and we now find ourselves in that terrible situation.

"They should have stuck to the agreement that had been reached, then this wouldn't be happening.

"I'm hugely disappointed that they have taken this step and if they would do what the other train operators have done and give that guarantee and put those guards on the trains, this matter would be resolved imminently and people could go about their preparations for Christmas without any interruption whatsoever.

"They need to give their heads a shake."

Tesla the first US carmaker to corner $100bn market value 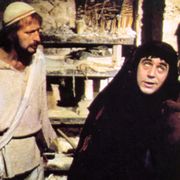 Monty Python: The surreal geniuses known as The Beatles of comedy