Former Shadow Chancellor Ed Balls reviews Chancellor Rishi Sunak's "excellent" response to the pandemic and outlines how "messy" it will be for the economy moving forward.

Chancellor Rishi Sunak is expected later today to announce a further extension of the furlough scheme to subsidise the wages of workers temporarily laid off during the outbreak.

Ed Balls said the Treasury's economic response has been "excellent" in the last few weeks.

"The messaging from the Prime Minister in the last few days has been a bit all over the place, but on the economy they've been very very effective," Mr Balls said.

He countered that the government must also be cautious so will likely "extend today" because to withdraw economic measures too quickly and have people return to work would cause a second pandemic.

He continued that the "easy thing to do" was to spend billions and billions of pounds to support everybody: "There's a really difficult balance judgement to make about how long they can carry on spending tens of billions of pounds supporting a quarter of the workforce and state payroll."

The longterm economic damage of keeping people furloughed is "huge", Mr Balls said, "and it's damage that will particularly hit people who will then find it hard to go back in to work...it tends to be the poorest which are hit hardest. 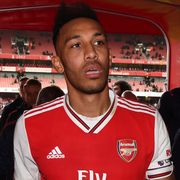