Senior Met Police officer: "There are no plans for military deployment"

Nick Ferrari wanted to find out if the Metropolitan Police had plans to enforce law and order in London with the help of the army.

Nick latched onto DAC Stuart Cundy from the get-go and asked him to clarify whether or not the Met is prepared for the imminent outbreak. He asked DAC Cundy whether the force had enough kit to man the streets in the event of a coronavirus outbreak, to which the police spokesman on coronavirus response told Nick that the force was more than ready.

Mr. Cundy told Nick that the main role of the Metropolitan police is to "protect people and prevent crime" and that during this outbreak the service is striving to keep the people of London safe.

Rumours of the army being deployed on the streets of London have circulated in the past days. Nick pushed the Assistant Commissioner if these rumours were true.

Nick wanted to get an answer from the police commissioner whether there are plans to put the army on the streets of London.

"We know that the number of cases are going to grow in the weeks ahead." DAC Cundy said, suggesting that there needs to be a day-to-day review rather than predicting whether or not something will be needed in future by government and public services.

Nick continued with the possibility of the army coming on the streets of London to maintain peace, but DAC Cundy told Nick that "we are not seeing any level of public disobedience" in the capital and that Londoners are "behaving themselves" and acting responsibly in this difficult time. 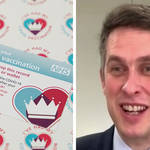 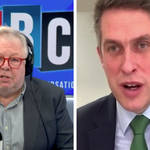 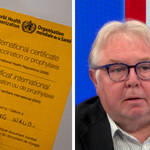