A senior Labour politician has been criticised for laughing at Nick Ferrari's line of questioning about their workers' policy.

Laura Pidcock spoke to LBC to discuss Labour's plan to expand workers’ rights, reiterating their plan to ban zero-hours contracts and introduce a £10 minimum wage for all employees.

But things started to get fiery on LBC when Nick put to her the possibility that forcing employers to pay almost 25% more could well lead to job losses.

Ms Pidcock, the Shadow Secretary for Workers' Rights, laughed when he asked his question.

That led to Nick asking: "Why is it funny? People's jobs might be on the line. I don't see why that's funny."

The Labour candidate said: "Honestly, this is quite hilarious.

"I'm interested in why you are not pursuing the line of questioning about the minimum wage..."

Listeners were quick to react on social media, asking Ms Pidcock why she was laughing at the question.

Listening to @lbc with @NickFerrariLBC this labour Laura Pidcock is utterly pathetic. Laughing at a serious line of questioning. Unable to answer the questions. Playground politics. Way out of her depth. Typical Labour.

There's a rigid pattern now with Labour canditates in media interviews. When asked a question they all respond with a response claiming the question asked was the wrong question as @LauraPidcockMP just did with @NickFerrariLBC on @LBC 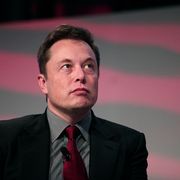