On the day that half a million people are disrupted by the Southern Rail strike, the Mayor of London released a video on social media saying that Transport for London should be put in charge of the troubled rail line.

Mr Khan said: "You'd get a more frequent and reliable service, with fewer strikes and fares would be more affordable with our four-year freeze on all TfL fares.

"The only viable long-term solution for commuters is for TfL to take control of London suburban services on Southern, Southeastern and South West lines.

"My message to the unions today is clear - stop the strikes now and get back around the negotiating table."

But speaking to Nick Ferrari on LBC, Chris Grayling laid into the Mayor of London.

"The Mayor's just said we'll provide faster more frequent services. Well the reality is if you get a suburban train in the morning, you know that these these tracks are jammed full. The challenge is getting any space for any more trains. He's also promised people outside London that he won't actually introduce more trains because of the fears outside London that actually there might be fewer services from the coast for example. So I don't buy this.

"He's been Mayor for four and a half months, he's got some significant problems with Transport for London having big financial difficulties, the Piccadilly Line is in a state of chaos, he's running out of money for projects already in the pipeline and he's making grand promises about things like bridges over the Thames he hasn't got the money to build.

"So I'm afraid people should take what the Mayyor says with a pinch of salt.

"Let's concentrate this week on trying to get a resolution to the Southern Rail dispute, which is all about services in Cambridge to Brighton not services that are just within London." 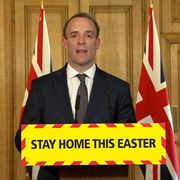 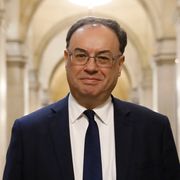