Police investigating alleged anti-Semitism by members of the Labour Party have passed five files on to the Crown Prosecution Service, the Met Police Commissioner told LBC

In September 2018, Nick handed Met Police chief Cressida Dick a file featuring a series of posts from social media that he believed was evidence of anti-Semitic hate crimes.

Specialist officers looked into the evidence and arrested six people.

The Met passed five files on to the CPS and lawyers will now decide whether to bring criminal charges against the former party members.

Dame Cressida told LBC: “It is for the Crown Prosecution Service to decide.

The Labour Party has previously welcomed the police investigation, stating: “Anti-Semitism has no place in our society and we are committed to challenging and campaigning against it in all its forms.” 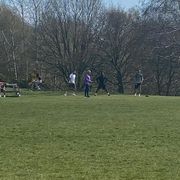