Italy is trying to contain the spread of the coronavirus after two deaths.

The first reported European deaths from Covid-19 has Italian authorities racing to control the spread in the north of the country after a surge of confirmed cases in recent days. Italy currently has the most infections in Europe.

An elderly woman who died tested positive for the virus, though it wasn't clear if that is what caused her death.

The Veneto region reported 12 people with the virus, including a 78-year-old man who died late on Friday.

Two of the region's confirmed infections are relatives of the man who died, Veneto regional president Luca Zaia said.

Mr Zaia added on Saturday that the contagion showed the virus is transmitted like any other flu and trying to pinpoint a single source of infection or one with direct links to China is no longer effective.

He told reporters: "You can get it from anyone. We can expect to have cases of patients who had no contact with suspected carriers.

"While the virus isn't particularly lethal, it can be for the elderly or people with existing conditions."

An initial ordinance penned by the health minister imposed an effective cordon on 10 Lombardy towns around Lodi, southeast of Milan, after Lombardy reported a quadrupling of cases on Friday.

But individual cities outside that core cordon area, such as Cremona, issued their own restrictions cancelling school after confirming their own cases.

The numbers of infected were in constant flux, but by Saturday had topped 25.

Authorities urged calm, but acknowledged that the clusters were alarming given the secondary contagions.

The secondary contagions prompted local authorities in town Lombardy and Veneto to order schools, businesses and restaurants to close, and to cancel sporting events as well as Masses.

The mayor of Milan, the business capital of Italy, shut down public offices.

Hundreds of residents and workers who came into contact with an estimated 54 people confirmed infected in Italy were in isolation pending test results.

Civil protection crews set up a tent camp outside a closed hospital in Veneto to screen medical staff for the virus.

The president of Lombardy, Attilio Fontana, said there were 39 confirmed cases in the region, where 10 towns received orders to suspend non-essential activities and services. 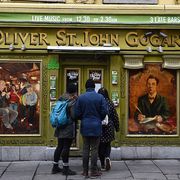 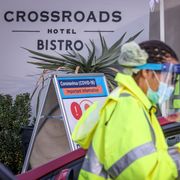 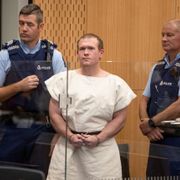 New Zealand mosque shootings: Gunman to represent himself at sentencing after sacking lawyers

Coronavirus immunity may only last a few months, study suggests