The current treatment of Shamima Begum by the UK is 'an indictment on our own humanity,' according to Maajid Nawaz.

Shamima Begum's case has been raised yet again as she claims to have only joined ISIS because she didn't want to be 'the friend left behind.'

Maajid Nawaz took the opportunity to urge listeners to look deeper into the story, especially seeing as Begum was a child when she went to join the radical Islamist group.

"We should do the right thing in this case because of who we want to be – not for her sake" he insisted. Maajid went on to argue that denying Begum her rights as a British citizen may lead to a two-tier citizenship.

Maajid argued that the current situation that the state has left Begum to remain in is "the kind of society that puts the worst of worst, as defined by us, in camps without trial and without charges."

He believed that the treatment of Ms Begum in this situation "is an indictment on our own humanity," and urged listeners to be compassionate to the former ISIS bride and her plight.

"To preserve our own humanity we mustn't go down the line where we begin to dehumanise people even those who've committed the worst of crimes."

Maajid ended by turning to the Jamie Bulger case and how those convicted of his murder and torture were sentenced and released, and wondered why Begum wasn't granted the same treatment. 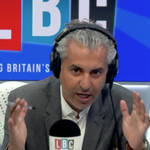 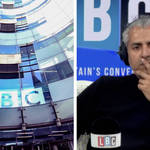