This caller was making a case for an independent Scotland as a plan B for him in a no-deal Brexit, but Maajid Nawaz saw his case being eerily similar to Brexit ideology.

James phoned in from Motherwell to tell Maajid Nawaz "we've been hoodwinked by Boris over the last few months" in the government's approach to Brexit negotiations.

The caller was less than optimistic about the UK's stance in talks, arguing that "anything else they say is just waffle."

Maajid sympathised with him: "We're in this predicament where you and I wanted the same thing but as you know, we lost."

"My plan B is going to be an independent Scotland," James chimed, which Maajid didn't agree entirely with but accepted "at least you're thinking of a stage going forward."

He turned the screw, asking James "if you were so opposed to leaving the [European] Union, why would you want to leave another Union?" The caller made the case that Scotland didn't vote to leave the EU.

Maajid prodded James further: "If your plan B is an independent Scotland you do realise the EU has a requisite for membership says you have to have a central bank with a fiscal policy, and Scotland doesn't have that."

Maajid pointed out, "Do you not sound like a Brexiter now?" 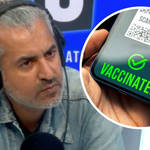 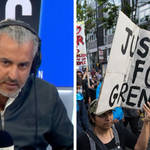