This caller told Eddie Mair he believed Leave voters will soon regret Brexit and realise "they were conned."

His claim came after former Prime Minister Gordon Brown announced he will not give up pushing for the UK to rejoin the EU.

"I recognise that’s not what’s going to happen in the very short term, and I also recognise that we’ve also got to find a better way of expressing global Britain, to persuade people of the need for international cooperation.”

Caller Steve told Eddie Mair he backed Gordon Brown's aims, believing that in time all Brits would feel the same.

He said, "I am with him 100 per cent. I will never give up. Whether I'll see it in my lifetime, I'm 65 now so whether it'll ever happen when I'm still alive I don't know...I hope I'll see it in the next five to eight years.

"I think that's a possibility that once Covid's gone and people can see that the absolute skip fire that this country is in at the moment is down to a large part not just to Covid but to Brexit as well, then the tide might start to turn."

"Now we're on the other side, we're trying to make a trade deal with Australia and they've laid all sorts of conditions."

Eddie suggested that the 27 other EU countries would laugh at Britain trying to rejoin the bloc and not leap at the chance.

"We may have burnt our bait, I really really hope not," said Steve, "and I think if there was enough public support they would realise okay - once this Government has gone, obviously." 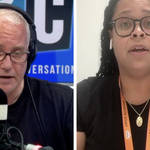 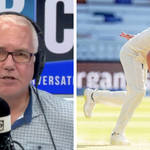 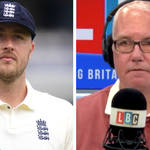 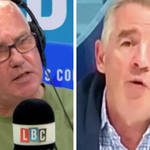 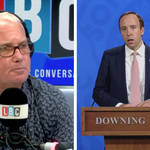 LIVE: Protesters chant "shame on you" as PM delays 'Freedom Day' by a month