This is the moment a caller told LBC that he used to spend an average of 17 hours per day on social media.

Chris in Preston made the admission to Eddie Mair as the LBC host took time to talk to people on his show about the impact social media has had on their lives.

Eddie dealt with the topic in response to the news that Captain Sir Tom Moore's family had hidden online abuse from him that his daughter said would have broken his heart.

Speaking of his own experience with social media, Chris said: "A couple of years ago I was very heavily involved in social media and social networking.

"And all my family around me at the time [were] telling me I had a problem...and telling me I spent far too long on it."

Chris then explained that his approach to social media changed after he agreed to participate in a research study that was being conducted by a university.

Explaining the study he took part in, Chris said: "What they did was they put a software programme on your phone that ran in the background.

"And they monitored you for four weeks. Then they gave you the results of that [and] then you had to go four weeks without social media."

Asked by Eddie how he found giving up social media for four weeks, Chris replied: "it was very very hard. I'm not going to deny it.

"It was hard because it became instinctive to me. I was on it all the time...I was on average 17 hours a day on social media."

He added: "I was doing other things obviously. But basically every available moment I had in my life was dedicated to social networking [and] social media."

Chris continued: "The only reference I can relate it to is it's like being a gambling addict. It's just that once you've had a little bit of positivity, you search for more...and you don't actually realise what you're doing to your mental health."

Since participating in the study, Chris said he now has a "completely different outlook" on social media and has cut down on his use of it. 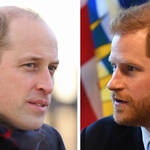 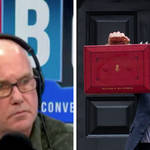