The prime minister announced the increase in tax to cover the cost of reforming the UK's "broken" social care system on Tuesday, shortly after the Cabinet gave his manifesto-breaking plans the green light.

Mr Johnson says the increase will raise almost £36 billion over the next three years which will be funnelled into the NHS and also towards social care - although no one will have to pay more than £86,000 for care over their lifetime.

Care provider chief Mr Monaghan responded, "From what we can understand from the detail, the pledge funding falls way short of what is recognised is needed to fix social care."

He told LBC that around £7.7 billion a year is the recognised sum needed to fix social care specifically, voicing concern if there are "partitions" between this sector and the NHS later down the line.

Mr Monaghan continued: "We know already that there are 1.4 million people not receiving the care that they need, there are 120,000 vacancies for social care workers which we can't fill, and there are hundreds of people leaving the social care profession and there are many care homes and domiciliary providers who are really struggling to recruit people to meet that need.

"Unless there's a real vision behind this to tie together health and social care, and sees that as part of a continuum and properly funds the entirety of that, we're really going to miss the mark here.

"Until we see the detail, we really can't know whether this is even going to come close to meeting the level of need there is out there."

The care chief explained the effect upon the sector of money not arriving until April 2022: "People are choosing to work elsewhere...we're really struggling to recruit. The care sector will really really struggle over the next years."

Defending the 1.25% rise on a day when the Conservatives twice broke their 2019 manifesto commitments, Boris Johnson, Rishi Sunak and health secretary Sajid Javid said it was necessary to act now.

Borrowing the money, instead of taking it through tax, would just throw the burden to future generations, they claimed.

Given the opportunity to rule out further tax rises, Mr Johnson told journalists at a Downing Street briefing: "There are not many people in the Conservative Party who are more dedicated to cutting taxes, bearing down on taxes, where we can than the three people standing before you today.

Read more: National Insurance rise: How much more will you need to pay?

"But we face a reality which is that the fiscal position has changed radically from the one we found ourselves in in 2019."

'I don't know what we stand for anymore as a party,' Labour member tells LBC

'Eddie, where do I start?': Caller lists grievances with Gavin Williamson 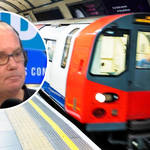 Christmas dinners could be stuffed in gas crisis: More urgent talks to be held