An agitated Eddie Mair held a former health secretary to ransom over the government's reaction to the coronavirus pandemic.

Lord James O'Shaughnessy was a Health Minister between 2016 and 2018 and he joined Eddie Mair to address the criticisms of the government and their handling of the coronavirus outbreak.

Lord O'Shaughnessy suggested to Eddie that we cannot say whether the response was right or wrong until we can reflect on the crisis.

"It is only when we look back can we see if the right decisions have been made" he argued. The former Health Secretary also pointed out that expert advice changed during preparation and could have contributed to slowing the response.

Eddie then read out a statement whereby the Prime Minister stated that the UK was prepared for the spread of coronavirus all the way back in January.

"That statement cannot possibly be true" he posed the statement to Lord O'Shaughnessy.

The former Health Minister told Eddie that the UK's adoption of social distancing rules earlier on is proof of an effective, early response. "You're talking about the nation, I'm asking the government" Eddie quipped. He then stated that the idea that the UK was well prepared early on is nonsense.

"I don't think it is nonsense" Lord O'Shaughnessy stated. After speaking of the amount of PPE coming into the NHS in the coming weeks he then was hit by the total number of deaths by Eddie.

The former Health Minister stated that the cause of the deaths isn't necessarily from government inaction on coronavirus, but more-so "the fact that the disease has moved quickly through our population".

"We may only be able to understand in hindsight" Lord O'Shaughnessy told Eddie. 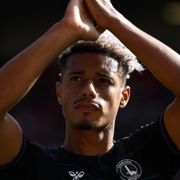