Dad: Why I Forgave My Son's Killer

A father who's son was killed in a bakery shop reveals why he forgave his son's killer.

The father of Jimmy Mizen, who was killed the day after his 16th birthday, told Tom Swarbrick why he gave forgiveness to his son's killer.

Barry said that the 19-year-old was "known locally for his violent nature" when he attacked Jimmy, but that he and his wife forgave him so that it does not destroy his family.

"It came from a sense of personal survival," he said.

"I'm not going to let this destroy me, or destroy my family.

"There has to be consequences of actions, but I am not going to let this destroy my family." 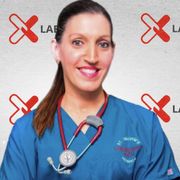