This is the moment a former dealer revealed he had been kidnapped and shot at as he tried to step away from selling drugs.

A caller who was a drug dealer for more than 20 years believes legalising cocaine would not help reduce rising levels of knife crime.

Drug use has come under the spotlight as the Home Secretary announced plans to review whether drugs are fuelling violent crime.

Sajid Javjid claimed that the review would offer a "greater understanding" of the drugs market "so we can make our action even more targeted".

But Peter said that cocaine is no longer 'just cocaine' and instead "got other substances" to make it "more powerful" and that legalisation wouldn't help.

"If the government put out cocaine legalised in the chemists, people will still want the other things and go to other dealers," he said.

But to Tom Swarbrick's shock, Peter revealed that in his attempt to move away from the drugs trade, he was kidnapped twice and at one point shot at.

"I stopped [selling] through choice about three or four years ago," he said.

"I wanted out but the people above me, the main gang people, didn't like this so they kidnapped me, took me to a countryside trap and made me stay there for six months."

Tom responded: "I think for you to have gotten out of the game is well worth it given what you describe, that is absolutely unbelievable."

Listen to his remarkable story in the video above.

"The government should keep going and not think about Boris Johnson," says Alastair Campbell 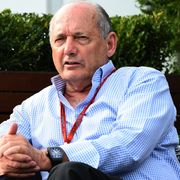 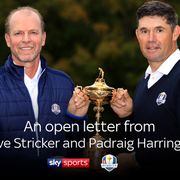