With Julian Assange back in the news following announcements by Swedish prosecutors that they plan to reopen an investigation into a rape allegation against the Wikileaks founder, Tom Swarbick asked why Mr Assange didn't go to Sweden to face down allegations.

"Why are you saying hide?" said Tracy Worcester a friend of Mr Assange who lost £10,000 when Mr Assange failed to surrender to his bail, when replying to LBC's Tom Swarbrick.

The Marchioness of Worcester went on to say that Mr Assange claimed he would go to Sweden if he was given assurances they would not extradite him to America.

On the criminal charges facing him in Sweden, Mrs Worcester said "he is longing to clear his name."

"He had seven years in the Ecuadorian embassy in which to do that and he didn't," Tom replied.

Assange has said previously that he feared extradition to Sweden as it would mean certain extradition to America where he faces charges of conspiracy to hack into computers.

Tom put it to the Wikileaks publisher's friend that you can't break the law to get to information.

Watch the video at the top of the page to find out Tom's reply. 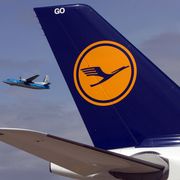 Coronavirus: James O'Brien caller still can't get through on 111 hotline after an hour