GP and Professor of General Practice Research Caroyln Chew-Graham fears "the end of the NHS" as MPs warn that staff burnout is at an emergency level.

A highly critical report published today said that health and social care workers are exhausted and overstretched due to staff shortages.

While the problems existed prior to the pandemic, the review read, the pandemic has worsened the pressure.

Professor Chew-Graham reflected, "I think anybody who goes in to health and social work wants to help people - but needs to be appreciated and valued.

"I think even before Covid work I've done, both with junior doctors and with GPs, identified that those groups are distressed, are stressed, there can be a culture of bullying, quite a toxic culture."

She continued that junior doctors had reported seeing people dying and have had "no support" - however that due to the reorganisation of hospital care, some younger staff did feel more included.

Shelagh questioned the apparent prevalence of bulling in the NHS, to which Professor Chew-Graham replied that junior doctors "reported either feeling bullied within their clinical team, they felt they had any distress or mental health problems was stigmatising, they felt they had to be invulnerable."

She also cited the management bullying as a factor to add to working in the health service during the pandemic, including always being lumped with the unpleasant shift hours due to their positions.

"We've heard for the past number of years that GPs at the end of their career are saying I've had enough, I'm going now. But to hear young people say I don't want to do this is demoralising and distressing, and would be the end of the NHS." 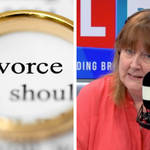 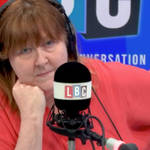