'If you're a Unionist in Northern Ireland, you feel duped by the PM'

Unionists in Northern Ireland feel 'tricked' as the post-Brexit Irish Sea border is seen as 'a break with the Union in essence', warns journalist Eamonn Mallie.

After a viable bomb was found under a police worker's car outside her home in County Londonderry, LBC spoke with Eamonn Mallie a journalist and expert on Northern Ireland politics.

"There's no doubt about it, if you're a Unionist you just feel absolute tricked, duped by Boris Johnson," was the reply.

Mr Mallie examine comments made by the PM around the Northern Ireland protocol.

He told LBC there was "anger within Unionists. They feel betrayed, they feel that border in the Irish Sea is a break with the union in essence."

Mr Mallie told Shelagh Unionists were left feeling as if their "sense of Britishness has been eroded."

Pointing out the DUP "threw their weight" behind the British Government, now they have been left feeling "betrayed."

The Prime Minister has vowed to take action on the Northern Ireland Protocol if the EU refuses to ditch "absurd" aspects of the post-Brexit trading arrangements.

Mr Johnson said his Government was currently working on "sandpapering" the Protocol, which governs Irish Sea trade post-Brexit, to address some of the concerns about trade disruption. 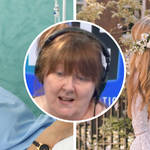 'There were people in tears': Nick Ferrari on unveiling of memorial to fallen police officers

NHS Covid app tweaked so fewer contacts have to self-isolate

Gangs of 'rural wraiths' use e-scooters to steal GPS systems