The Taliban takeover of Afghanistan is being celebrated by jihadists worldwide "as arguably their greatest victory since 9/11", Charles Lister has told LBC.

Mr Lister, who is a senior fellow and the Director of the Syria and Countering Terrorism & Extremism programmes at the Middle East Institute think tank, made the remark while speaking to LBC's Shelagh Fogarty.

Speaking to Shelagh, Mr Lister said: "Well, I think it should go without saying that a Taliban takeover of all of Afghanistan is an enormous victory for the kinds of extremists and terrorists that we've been worrying about since 9/11 and indeed even before that."

Mr Listen then said that the Taliban shares a "religiously-binding, irreversible oath of allegiance with Al-Qaeda".

He told LBC: "That created the conditions that allowed Al-Qaeda to use Afghanistan to plot and to command and coordinate the 9/11 attacks.

"And none of that has really changed. Yes sure, politically the Taliban may have evolved somewhat over the last 20 years. But that relationship remains exactly as solid as it was 20 years ago.

"So for the Taliban to take over Afghanistan is super bad news.

"Clearly jihadists worldwide are celebrating this as arguably their greatest victory since 9/11, and I think that also should speak for itself." 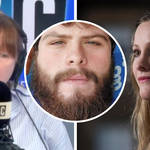