This caller told LBC she was a Sunday School teacher, but when James O'Brien pressed her on exactly what she believed the answer was not what James expected.

Peggy told James that religion was about "faith and believing" but when he asked if she believed Moses parted the Red Sea, her answer was a swift "no."

But, she said, "it could have been a natural episode."

James said "of course, and that makes him a bit like David Blane, a conjuror, or some sort of con artist."

"Do you think I believe everything that's in the Bible," Peggy said.

James said of course he didn't, and he'd be "deeply suspicious" of anyone that does.

Putting a question to the Sunday school teacher James said: "What would you say to an eight-year-old, when they say 'why did God kill everyone?' during the Great Flood."

Peggy said "I would say, it was not God."

James put it to her that the Bible says it was God and it was in the Bible because "everyone believes Noah."

"What sort of Sunday school teacher are you?" James asked, "who did send the flood then if it wasn't God?"

Amazingly, devout Christian Peggy, said it was "natural happenings on Earth. We know the climate changes."

Peggy's answer was that "the kiddies aren't told about the Old Testament."

James O'Brien Challenges Vicar On Teaching Children About The Crucifixion

Has Meghan faced racism in the UK? These two guests have a furious row

Women on boards: How a bank's threat could accelerate change 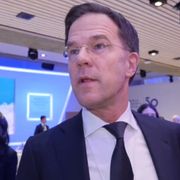