James O'Brien salutes a real hero of the fight against coronavirus

Colonel Ashleigh Boreham is not a name many people know, but James O'Brien picked him out as a hero in the fight against coronavirus - as he is the man who organised the building of the NHS Nightingale Hospital.

London's ExCel Centre has been turned into The NHS Nightingale Hospital, Europe's biggest hospital, in the space of just nine days to treat coronavirus patients.

The leader of the military team in charge of the incredible job is Colonel Boreham and James paid tribute to his remarkable work.

Speaking on his LBC show, James said: "Colonel Ashleigh Boreham is the Commanding Officer of 256 City of London Field Hospital.

"He's carried out two tours of Iraq and one of Afghanistan, yet he describes his masterminding of the construction of this new hospital in London as the greatest mission of his career.

Talking about the hospital project, Colonel Boreham said: "We literally got a phone call, arrived here, met up with the NHS about nine days ago, sat around a table and basically did what you always do.

"We draw a plan up, over a brew, and then from that you start to build up a plan and create the product."

He said the deeply personal nature of the project has made it so satisfying, adding: "I'm from London, I have friends and family in London.

"It focuses the mind, and that is why you have everyone pulling together, there is one common purpose. You are saving people's lives." 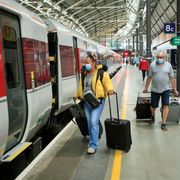 Coronavirus: Want to avoid busy train services? This tool will be able to help

Coronavirus: Police forces plan to use their own contact-tracing system 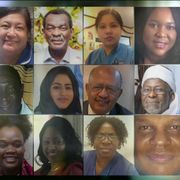