The man behind the remarkable Reuters investigation into the coronavirus care home crisis told James O'Brien that hearing the stories behind it brought him to tears.

Stephen Grey reported that the government's focus on protecting the NHS put an unbearable strain on the country's care sector.

He stated that hospitals were given priority for coronavirus tests and protective equipment, and that measures to admit only the sickest for hospital treatment put the elderly at potentially greater risk.

His article said: "Staff and managers of many care homes say they believe the British government made a crucial early mistake: It focused too much attention on protecting the country’s National Health Service at the expense of the most vulnerable in society."

Mr Grey spoke to James O'Brien about what he discovered - and the resulting interview was a real eye-opener for listeners.

He said: "We now believe that 15,000 more people have died in care homes this year because of this pandemic, which is absolutely staggering. And that doesn't include almost half of the people from care homes who did get sick, were admitted to hospital and died there.

"And there's always a danger in public policy in having a single-minded focus on one thing because that always distorts the outcome and you put that in front of something else."

Hear it in full at the top of the page. 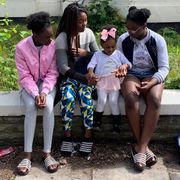