This is the remarkable moment a key worker only understood social distancing guidelines while speaking to James O'Brien live on LBC.

Boris Johnson says the government will put more stringent lockdown measures in place if people continue to flaunt advice to stay away from other people.

Helen called in from Gillingham saying she works for the prison service and is frustrated that her employer is insisting she goes to work, potentially putting herself at greater risk of catching coronavirus.

But as they spoke, it became clear that she was not following the guidelines set out by the government - and things only sunk in when James had to point it out.

Speaking of being made to go to work, she said: "I've got two grandchildren and I see them all the time, so I am worried."

But James told her: "But you can't see them for 12 weeks. If you're going into a prison as a key worker, you are necessarily exposing yourself to risk.

A stunned Helen responded: "Oh my god, I didn't know that."

James continued: "If you saw your grandchildren, you should have been two metres apart already this weekend."

And he added to a clearly-startled Helen: "I don't want to upset you and I don't want to hurt you and I know it was Mother's Day, but my feeds were full of people saying they wish they could see their mothers.

"It's not too late Helen. This is just something you have to do."

The full clip is a must-listen for anyone in a similar position - hear it at the top of the page. 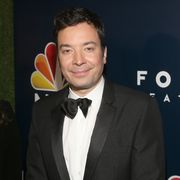 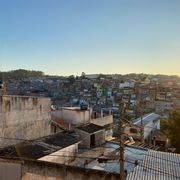 Coronavirus: Inside Brazil's slums where COVID-19 is at risk of spreading like wildfire