"Work doesn't care my mum is high-risk and want me in," caller tells James O'Brien

The caller Lauren works for a car part supplier and is having to work because she is "apparently a key worker", yet she lives with her mother who is "a really high risk category."

She is unsure if she is actually a key worker and feels her company is in a "grey area" as the Gov UK website does not list her type of firm specifically as one that should close. So instead of having a choice she is having to work.

Lauren spoke of her mum: "She's elderly with lots of underlying health issues. I have explained this to my employers who simply don't care. They told me that I can be off work but completely unpaid, not even SSP (statutory sick pay)."

When Lauren checked with her HR department they confirmed if she were to take time off it'd have to be unpaid leave.

James was speechless, "How close to the wire would you be financially if you didn't go in?"

"My dad's self-employed and as you know my dad's been told not to work but there isn't yet a way of him getting money," Lauren said.

James surmised that the only money coming into the house is coming through Lauren. Talking of Boris Johnson, James continued, "I'm sick of saying I'm sure he will come up with something but I thought it would be today and now we're being told it will be tomorrow. It should have been."

James promised he would call her employer, acknowledging that even helping just one person would make a difference. 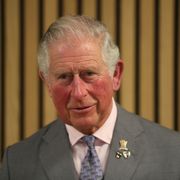